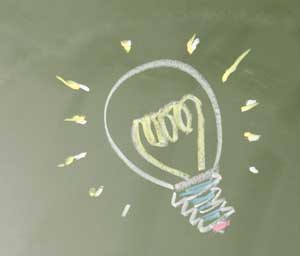 Alongside the spring edition of Land and Liberty, the Editor encouraged me to send out a letter of invitation to HGF members to consider teaching Georgist Economics at the University of the Third Age U3A.

Five people responded to the call and it looks as though at least two new courses may get started in the autumn. You will recall that the basic idea was for potential tutors to join their local U3A (i.e. The University of the Third Age), and offer to teach Economics. In particular to teach the economics as propounded by Henry George. This approach has the advantage that the local U3A will publicise the course and arrange the enrolment of students as well as provide the necessary accommodation. Time was of the essence if we were to get the publicity embedded in the U3A’s annual course brochures for the September term. Five people may sound rather a thin response, but it is a start, and we can learn from the experience.

If the planned courses in West Molseley and Epsom come to fruition, then, together with the courses in Guildford and Woking, which I already tutor, we will have doubled our impact. There are 761 U3A’s in the UK with nearly ¼ million members so it is a rich field for us to ‘plough’. So please begin now to think about the idea of becoming a U3A economics tutor next year.

It is worth remembering that Henry George did not just tell us to ‘tax the value of land’, he also gave us a structured set of ideas about how societies work economically. In doing so, he explained why slumps and booms occur, why there are high levels of unemployment, and the true nature of unearned income. In addition he showed us how to live in a free society without limiting the equal freedom of others. Since George’s day we have learned, through the work of professor Tideman and others, just how inefficient and wasteful are the economies of nations who reject these ideas.

It seems to me that many Georgists have a gut feeling that adopting land value taxation would have powerful social effects. For example, there would be less crime, happier and better educated people, with better health and more mutual trust. All these things and more besides have now been shown to be factually true. I strongly recommend that you either read “The Spirit Level”, reviewed in L&L (1227) or go to www. equalitytrust.com on the web.

Teaching such material can be very rewarding. But we must get on with it, time may be shorter than we realise. Why? Well, part of the reason seems to be that land values have been rising (on average) at about 4% p.a. while wages have been rising at 2% p.a

This will lead to an imbalance with more and more people living off rent and less and less creating the real wealth of which rent is a part. Clearly, a pathway to self destruction.

Who Owns the Beach?